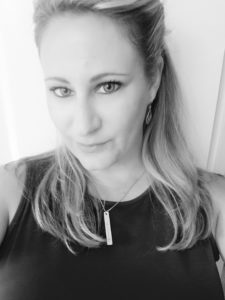 Living with anxiety for as long as she can remember, and experiencing several severe depressive episodes, Courtney has a visibly strong passion for creating a society free of stigma, where all Canadians, whether they can afford it or not, can access appropriate care & treatment when and where needed. She is especially passionate about sports-related mental wellness & traumatic brain injuries, workplace-related mental illness among First Responders, and access to mental health care among First Nations, Inuit & Métis.

In addition to founding the March for Mental Health Toronto with Frank Van Nie, Courtney is currently assisting MP Charlie Angus with the creation and implementation of Canada’s first National Suicide Prevention Action Plan, Motion-174, #NotOneMore. She is also one of the co-creators and authors of a new publication, Brainstorm Revolution, an anthology of true mental health stories.

Courtney believes that the time has come for more than talk, and until the day that any man, woman or child can receive care for mental illness or addiction as quickly as they can for a broken bone; until suicide no longer takes more lives than war and murder combined; until funding and programs are increased; her work – and her story – continues.

Affectionately nicknamed “Glue” by her friends among the advocacy community, Courtney’s strength lies in her ability to connect deeply with others, and bring people together.